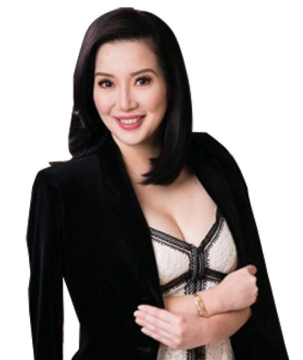 While Kris’ “rampage” on social media is understandable and perhaps even justifiable, guess it’s time to keep her cool, rein in her emotion. After all, the objects of her “rampage” opted to keep quiet. Am referring to a “deadbeat father” and the “wife of Mar Roxas” – as Kris called them.

In defense and protection of a child, a loving and caring mother will do almost anything, including fight the whole world.

Bro. Nes recalls that in pre-socmed days, stars talk to friends and family or hear Confession during trying days. But times and values are different. Words of warning though, when one airs gripes in public, expect bashers to swarm like bees.

Asides from Kris, another socmed “suki” is Sharon Cuneta, but lately she’s been quiet.

STOP THE PRESS – It’s sad to hear that Summit Media’s closing down all its publications, including Yes! and FHM.

For the last 18 years, this columnist has been looking forward to the monthly issue of Yes!, especially its special issues, among them the 100 Most Beautiful Stars. Jo-Ann Maglipon and the rest of the staff did a wonderful job. The finest entertainment magazine.

As they say: Stop the press… permanently.

Congratulations are in order.

SINGAPORE SHOOT – Ricky Davao just came back from Singapore, where he finished shooting “Killer Not Stupid,” directed by Jack Neo. Ricky’s the only Pinoy in the cast.

Ricky met and befriended Jack in Malaysia, where he was a juror of an international filmfest. Jack is top actor-director of Singapore.