By FRANCIS T. WAKEFIELD, with report from Tara Yap

The first day of Boracay’s scheduled 6-month shutdown was considered generally peaceful by authorities there.
This was reported by Lt. Gen. Paul Atal, head of the Armed Forces of the Philippines’ (AFP) Central Command (CentCom).

“No untoward incidents were reported there,” Atal said yesterday.

Atal said that based on the reports; there is no need to put in additional troops on the island at the moment.
“There are enough boots on the ground,” he said. “However, Centcom can easily add forces on the island as the need arises or if a threat is imminent.”

Thursday’s closure saw the start of different rehabilitation programs in the island.

The Department of Public Works and Highways (DPWH) as led by Secretary Mark Villar cleared roads of obstructions to pave way for an expansion that will span the villages of Balabag and ManocManoc.

It caused traffic jams, however, which irritated some visitors in a hurry to go to the Cagban Jetty Port, the island’s exit point.

With only a small number of tricycles taking to the streets, some visitors were forced to walk under scorching heat.

Meanwhile, displaced workers and residents were seen flocking the operation center of the Department of Social Welfare and Development (DSWD), which was handing out Aid to Individual in Crisis Situation (AICS).

The National Disaster Risk Reduction and Management Council (NDRRMC) on Thursday released a copy of the resolution recommending the declaration of a State of Calamity in Boracay, and the implementation of a temporary closure thereof as tourist destination for purposes of rehabilitation. 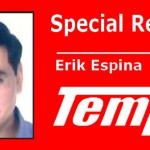