GENERAL SANTOS CITY – The military reported on Wednesday the capture of two suspected members of the New People’s Army (NPA) following an encounter in Malapatan, Sarangani.

The two were arrested while supposedly extorting P20,000 from a local businessman whose identity was withheld by authorities for safety purposes. 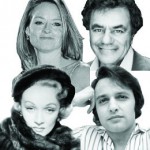