There was good news for the Philippines from the International Monetary Fund (IMF) last week.

In a report on the eve of meetings among the 189-nation IMF, the World Bank, and the Group of 20 major economies in Washington, DC, the IMF said it expects the Philippines’ Gross Domestic Product (GDP) to expand by 6.7 percent this year 2018, up from 6.7 percent in 2017.

This is better than the IMF’s assessment of 6.6 percent for China and the average growth of the major Association of Southeast Asian (ASEAN) members of 5.3 percent in 2018. India had the best growth forecast for 2018 – 7.4 percent.

In comparison, the United States GDP growth was predicted by IMF to be 2.9 percent this year, up from 2.7 percent in 2017. The 19-nation Eurozone forecast was 2.4 percent. Growth in Japan, which is said to be hobbled by a dwindling population and an aging work force, was expected to further decelerate to 1.2 percent in 2018, from 1.7 percent in 2017.

Further comparisons: Africa south of the Sahara was expected to have economic growth of 3.4 percent, up fom 2.8 percent in 2017. Latin America will have 2 percent, up from 1.3 percent last year.

In the light of all these developments around the world, we cannot but feel proud of our economic growth in the Philippines – 6.7 percent this year, second only to India’s 7.4 percent.

The 75 projects include six airports, nine railways, three rapid bus transits, 32 roads and bridges, and four seaports. Even now, the Department of Public Works is rushing work on various highways to ease traffic in Metro Manila. Next year will see the start of work on a Metro Manila subway, Clark Airport expansion, the Mindanao Railway, and a new water supply project for Metro Manila.

The IMF report last week included the not-so-welcome expectation that unemployment will increase in much of Asia this year – 5.5 percent this year and in 2019. The Philippines goal is 4.7 to 5.3 percent this year and 4.3 to 5.3 percent in 2019. “Build, Build, Build” is expected to create 2.7 million jobs by 2022 and the resulting infrastructures are bound to boost commercial activity that will provide even more employment to our people.

We look forward to the IMF report when all these programs are in full swing. 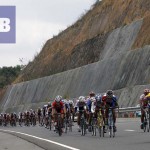 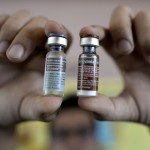