The Philippines is not giving up its claims in the South China Sea, Secretary of Foreign Affairs Alan Peter Cayetano said Wednesday in Hong Kong, after President Duterte attended the Boao Forum for Asia in Hainan, China, where he and China President Xi Jinping reaffirmed their readiness to work together for mutual development.

In June, 2016, the Philippines won its claim to some South China Sea isladns in the United Nations-backed Arbitral Court in the Hague in a case filed by former President Benigno S. Aquino III, but upon his assumption to the presidency, President Duterte opted for a policy of cooperation with China at this time.

China claims sovereignty over 80 percent of the South China Sea, sa defined by a nine-dash line looping around most of the sea, but intruding into the 300-miole Exclusive Economic Zone of the Philippines. It has stood firm on its claim to sovereignty in the face of the Arbitral Court’s decision – which the court cannot, however, enforce.

In the face of these conflicting claims, for which there is no solution except by war, the Philippines and China have chosen to find ways to cooperate and work together for mutual economic benefit. Thus at the recent Boao Forum, President Duterte declared the two countries will work together against terrorism, illegal drugs, and criminality. China is participating in the “Build, Build, Build” infrastructure program of the Philippines with a donation of two new bridges across the Pasig and funding for dam, irrigation, and railway projects. Plans are underway for joint exploration of mineral resources in the South China Sea.

The sea continues to be a major area of contention as there are other nations with conflicting claims on certain islands and reefs grouped in the Paracels in the north and Spratleys in the south. The sea is also a major route for ships bringing oil and other cargo to China, Korea, and Japan in the north. The United States is particularly determined to assert freedom of navigation in the area. Even now the aircraft carrier USS Theodore Roosevelt is in the area after docking in Manila.

All these movements ignore or defy China’s claim to sovereignty over most of the South China Sea. The Philippines, Vietnam, Malaysia, and Brunei have their own claims. But as President Duterte said at the start of his administration, this is not the time for the Philippines to seek to enforce its claim as it would mean a war we cannot win. There may be a time later when circumstances are more propitious, he said, “but not now.”

Secretary Cayetano’s statement in Hong Kong last Wednesday should reassure those who fear the Philippines has forgotten its claims. Those claims are now particularly strong in view of the Arbitral Court decision. At some propitious time in the future, we are certain, the Philippines and China – and all the other countries with claims in the South China Sea – will come to an agreement that will be beneficial to all. 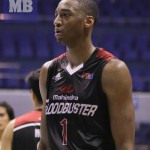 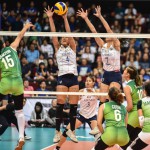