Two red-letter days for Philippine boxing were made yesterday following the confirmation of the fight schedules of the country’s biggest star and his heir apparent.

After weeks of wheeling and dealing, Manny Pacquiao’s crack at the World Boxing Association (WBA) welterweight crown of Lucas Matthysse of Argentina has been “signed, sealed and delivered,” according to Oscar De La Hoya.

A kickoff press conference will be held in Manila followed by a similar event in the host city according to Pacquiao, who expressed his desire to knock the WBA 147-lb crown off Matthysse’s head.

Matthysse (39-4 with 36 KOs) had won the WBA title by knocking out Thailand’s Tewa Kiram in Los Angeles last January.

Another landmark date was set yesterday with the annoucement that the all-Filipino world title fight between champion Jerwin Ancajas and mandatory challenger Jonas Sultan will be held on May 26 at the Cosmopolitan Hotel in Las Vegas.

Ancajas (29-1-1 with 20 KOs) will be making the fifth defense of the International Boxing Federation super-flyweight title match against Sultan (14-3 with nine KOs), who had earned the right to face him after upsetting ex-world champion John Riel Casimero last year. 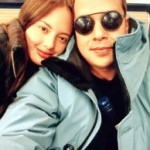