The government is determined to facilitate the entry of a third major telecommunications company that can ably compete with two existing players despite facing delays.

Presidential Communications Secretary Martin Andanar said they are counting on Department of Information and Communications Technology (DICT) officer-in-charge Eliseo Rio to exhaust efforts to attract a third major player in the country.

Andanar said the government understands the need of the people to have better phone and internet services at competitive rates. “The only way for our country really to also compete with other countries is to have a very efficient telecommunication service,” he added.

The President earlier pushed for the entry of a third telco carrier in the country by March or April. 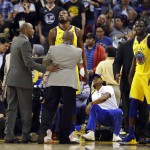