MIAMI (AFP) – Sloane Stephens is determined to write her name into the history books after she sealed a place in the WTA Miami Open final with a three-set win over former world number one Victoria Azarenka here Thursday.

It was an impressive display by the reigning US Open champion who booked her ticket for Saturday’s showpiece with a 3-6, 6-2, 6-1 triumph, just 18 days after beating the Belarusian in straight sets at Indian Wells.

And in the final she will meet world number five Jelena Ostapenko after the French Open champion saw off plucky American qualifier Danielle Collins 7-6 (7/1), 6-3.

Stephens was raised in Plantation, around an hour north of Key Biscayne and is expecting her friends and family to turn up in ”full force.”

Saturday’s encounter will be the last women’s final before the move away from Crandon Park to the Hard Rock Stadium next year.

Stephens has won every one of the five finals she’s contested in her career and making it six in a row – and the last in Key Biscayne – would make winning here for the first time even more special. 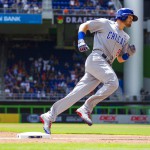