The camp of mandatory challenger Jonas Sultan feels terribly sad that Top Rank chief Bob Arum made a last-minute decision to postpone the April 14 show that would have seen the Cebu-based contender facing champion Jerwin Ancajas.

That was a missed opportunity, according to Sultan’s lead trainer Edito Villamor, who was positive that the International Boxing Federation (IBF) super-flyweight crown would change hands.

Villamor insists that Ancajas would have not been in tip-top shape and Sultan would take full advantage.

“If the fight happens April 14, Ancajas would not be fully prepared,” said Vilamor, noting that the champion wasn’t neck-deep in training.

Unlike Ancajas, the preparation of Sultan was far more advanced.

Ancajas’s last fight was in early-February in Texas and the perks of the sensational win was preventing him from staying put in training camp as he made the rounds of TV stations and was busy entertaining invites for him to appear in award-giving rites.

Arum was forced to scrap the April 14 card when Terence Crawford, who was facing Jeff Horn in the mainer, sustained a hand injury. He had Ancajas and Sultan inserted in the undercard.

While Villamor acknowledges Ancajas’ obvious edge in skills, the fight will be decided by one thing.
“Hard work beats talent,” said Vilamor.

Arum is eyeing to stage the fight in late-May or early-June with Las Vegas, Los Angeles and San Francisco as candidate venues. 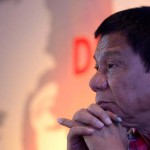