Malacañang has refused to withdraw its statement that some human rights groups might have become “unwitting tools” of drug lords to destabilize the government.

Presidential spokesperson Harry Roque asserted that they are standing firm on the statement and reminded the Human Rights Watch which has criticized the statement to avoid exaggerating and politicizing the issue.

The group demanded the two officials to withdraw their comments, warning that such remarks have placed the lives of human rights defenders at risk.

“We stand by the statement we made on the possibility that some non-government organizations, instead of assisting the government fulfill its human rights obligations, have become unwitting tools of drug lords,” Roque said. “Such scenario, we reiterate, should not be discounted given the billion-peso losses of the drug lords,” he said.

Roque said the HRW should “not feel alluded to, exaggerate, and politicize the issue to get some media mileage and public attention.”

He said on Monday that Malacañang does not discount the possibility that some human rights groups have been used by drug lords to derail the war on illegal drugs without their knowledge. He noted that the attacks against President Duterte’s war on drugs have been “vicious and non-stop.” 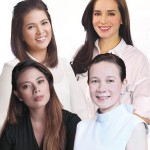