Hounded by Villacencio and Cyna Rodriguez in the early going, Superal rebounded from a double-bogey mishap on No. 5 with three birdies in the last 12 holes then watched her rivals fade with horrendous finishes to post another runaway triumph in the sixth leg of the Ladies Philippine Golf Tour.

Though it paled in comparison with her record setting 16-stroke win at Tagaytay Highlands last week, it kept Superal on track in her continuing effort to build some confidence heading to her Symetra Tour campaign in the US two weeks from now.

“It’s a nice win, a big confidence-boost. It was tough at the start and I knew I had to go under to win. My driving and irons clicked and my putting helped me a lot,” said Superal, who hit all but two fairways and used 27 putts for that 71 and a five-under 211 total worth P150,000.

“I’m also thankful to coach Bong (Lopez), who kept reminding me on how to handle the pressure and avoid unnecessary mistakes. He also stressed the need for regular practice to keep my form heading to Symetra,” she added.

After holding her ground with 69-70 in the first two days, Villacencio succumbed to final round pressure, stumbling with two double-bogeys and four bogeys against three birdies for a 77. But her closing five-over card still proved enough to net a career-best finish at 216 worth P95,000. 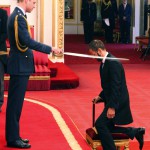