JUST A THOUGHT: “Life is one grand, sweet song, so start the music.” – Ronald Reagan

RENEWING MISS SAIGON CONTRACT: By the time Gerald Santos finishes his one-year contract with Cameron Mackintosh end of April 2018, he will have clocked in 280 performances as Thuy in the current touring production of Miss Saigon.

The company is winding up its stint at its last stop, Manchester, after covering key cities in the United Kingdom, including Scotland and Wales.

Following his impressive UK debut (he earned rave reviews from theatre critics), Gerald has been offered another one-year contract by McIntosh. The new contract, which starts in May this year, shall include stops in Switzerland and possibly, Germany and Australia. Miss Saigon’s new cast is further enriched by the casting of another talented Filipino singer, Aicelle Santos, who takes over the Gigi bargirl role. Gerald and Aicelle are both products of GMA Network’s Pinoy Pop Superstar singing contest.

There are talks that an Asian tour is also forthcoming in late 2019, with potential stops in Singapore, Korea, and the Philippines.

Gerald is particularly excited to perform before Filipino audiences, whom he admits he misses.

‘It has been a year since I joined Miss Saigon. I do miss Manila, although I also like it that I’m learning so much more being part of an international production,’ Gerald told us in a recent email.

LAUNCHING SINGLE UNDER STAR MUSIC: Before embarking on his second contract, Gerald is enjoying a 2-week break in early May. He is also set to launch his first single under Star Music, a power ballad called I Am Yours, composed by Kiko Salazar of Akin Ka na Lang fame.

Gerald is lining up more songs to complete an album for release sometime soon.

A music video of I Am Yours will be launched in April, shot in London, Scotland and Dubai.

For details about Gerald’s other activities, check out his newly set up website, geraldsantos.com. 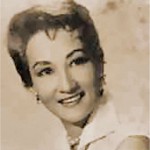