A GREAT deal of hope is riding on the meeting between United States President Donald Trump and North Korea leader Kim Jong Un at the end of May. South Korea National Security Adviser Chung Eui-yong made the announcement in front of the White House in Washington, DC, this weekend. He had met earlier with the North Korean leader in Pyongyang.

After fighting a bloody war in the 1950s – in which the Philippines fought with UN troops beside the US – North Korea and the US remained enemies as the war ended with an armistice agreement, not a peace treaty. In recent years, the North has repeatedly tested nuclear bombs and intercontinental ballistic missiles which, it announced a few months ago, can now reach any city on the US mainland.

President Trump’s reaction was a threat of “fire and fury like the world has never known.” The US is known to have some 4,000 nuclear missiles from its Cold War with Russia.

The report of the coming May meeting was announced in Seoul, South Korea, with television images of President Trump and Kim Jong Un in similar poses waving to crowds. For the North Korean leader, this is recognition he has long sought. For so long, the US has sent aircraft carriers and jet fighters in the seas close to the Korean peninsula and stationed some 20,000 American troops in South Korea. Now the new US president has agreed to talk with him, one on one.

For the US, the coming talks may finally end the threat of a nuclear attack on US soil. The US lived with such a threat for years during its Cold War with the old Soviet Union, but the new Russia has not poised such a threat. It is only North Korea which has loudly proclaimed its readiness to attack, seemingly unmindful of the “massive retaliation” that this would bring about.

There is hope on many sides that some kind of agreement will finally be reached, hopefully an end to North Korea’s nuclear and missile program, in exchange for recognition and economic assistance. A great deal of that hope comes from South Korea which has led the efforts that led to the agreement to meet in May. A turning point may have been reached when the North sent its athletes to participate in the recent Winter Olympics held in Pyongchang, South Korea.

We in the Philippines share in that hope, along with the many other countries near the Korean Peninsula, especially Japan and China. In any conflict, this part of the planet will bear the brunt of the conflict, but such is the nature of nuclear warfare that no country will be safe.

There is still a great deal of uncertainty but there is now hope that was not there before. This is why the world looks forward to the meeting between US President Trump and North Korea’s Kim Jong Un this coming May. 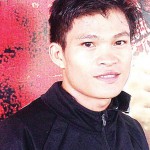