Malacañang has said that former Iloilo City Mayor Jed Patrick Mabilog should return to the country and prove that he is not involved in the illegal drugs trade.

Roque said President Duterte has no personal hatred against Mabilog as they have no personal relationship.

Duterte has accused Mabilog of involvement in the illegal drugs trade in Iloilo City, which the Chief Executive has tagged as the “most shabulized” in the Visayas. Mabilog has consistently denied the President’s allegations.

Mabilog and his family left the country last August after the President repeated warned him to sever his ties with drug personalities or risk his life. Mabilog’s exact whereabouts, at present, is unknown.

The Ombudsman ordered the dismissal from service of Mabilog after he was found guilty of serious dishonesty in relation to his “unlawful acquisition of wealth” last October.

Mabilog failed to account his sources of income which resulted to an increase in his net worth by over P8.9 million in a span of one year.

Duterte said that he is looking for Mabilog whom he claimed is afraid to return to the country for fear of being killed. “Hindi na siya umuwi kasi papatayin ko talaga siya,” Duterte said.

Roque shrugged off this claim and said that this did not deserve any comment from the Palace. “I do not respond to people who are unworthy of our response. She is one of them,” Roque said. 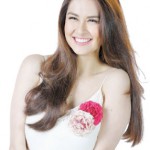