ON top of the many issues involved in the Dengvaxia controversy, the Commission on Elections (Comelec) has decided to look into election charges against former President Benigno S. Aquino III, former Secretary of Budget and Management Florencio Abad, and former Secretary of Health Janette Garin.

The Senate Blue Ribbon Committee has been looking into the Dengvaxia case for weeks now, hearing testimony from parents of school children who had died after being vaccinated with the vaccine, a new product of French firm Sanofi Pasteur. This line of inquiry seeks to determine if the children who died after vaccination actually died from dengue, and whether they died from the vaccine.

Another angle of the investigation is the seeming shortcut taken in the purchase of the vaccine. Despite the lack of any specific provision for the mass vaccination program in the National Budget, officials managed to find P3.5 billion in various provisions which they realigned to purchase the new vaccine and in a much shorter time than is usually taken for government purchases.

Last Sunday, it was announced that the Commission on Elections is opening on March 15 a preliminary probe on still another angle in the Dengvaxia controversy – that Aquino administration officials carried out a program that violated the Omnibus Election Code (Batas Pambansa 881) which prohibits the release and use of government funds for an election campaign within 45 days before a regular election.

Accused in this election case are former President Aquino, Secretary Abad, and Secretary Garin, for carrying out the mass vaccination program on April 4, 2016, when the national election on May 9, 2016, was only 35 days away. The complaint, filed by two doctors and the Volunteers against Crime and Corruption, claimed that the immunization program was a “partisan political activity to further the candidacies” of Aquino’s Liberal Party candidates for president, vice president, and senators.

There are now at least three angles under investigation in the Dengvaxia case – the deaths of schoolchildren allegedly because of an untested vaccine, violations of government rules on government purchases and release of funds, and now a charge that the election law was violated. The Office of the President, the Department of Health, and the Department of Budget and Management are facing separate inquiries by the Senate, the Public Attorney’s Office, and now the Commission on Elections.

It is one more turn in this convoluted case but the various government agencies concerned appear determined to get to the bottom of all these angles, to the end that we will never again have a case such as this, in which so many innocent children lost their lives. 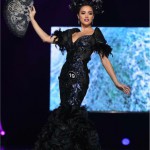 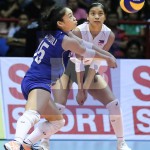