Two teams will be assured of quarterfinal berths while two others get a chance to meet in a playoff after tonight’s conclusion of the PBA Philippine Cup eliminations at the Smart Araneta Coliseum.

GlobalPort and Phoenix square off in the 4:30 p.m. match, the winner likely to make the quarters depending on the final score, while Barangay Ginebra San Miguel seeks to join the final eight against Rain or Shine at 7 p.m.

TNT KaTropa and Blackwater, which already finished their respective elims campaigns, are eager to see both matches to see if the outcomes are either enough to join the next phase of the season-opening conference or dispute the eighth and final quarters berth in a one-game playoff on Sunday.

Ginebra and GlobalPort are tied for sixth at 5-5, TNT and Blackwater hold identical 5-6 slates for a share of eighth while Phoenix is in 10th with a 4-6 slate.

Computations released by PBA head statistician Fidel Mangonon yesterday revealed that GlobalPort holds its destiny with a superior quotient in the four scenarios. But the Batang Pier are also eyeing a victory in hopes of playing a best-of-three quarters and avoid falling to a twice-to-beat disadvantage.

The Batang Pier’s bid could be boosted by the possible return of ace scorer Terrence Romeo, who last saw action in September due to a knee contusion. Romeo has attended recent practices and team manager Bonnie Tan hinted his possible appearance for the first time this conference.

Phoenix, which lost its last two games, has no other recourse but to beat GlobalPort for at least a knockout match for the No. 8 seed.

Meanwhile, a win puts Ginebra in the best-of-three quarters, given to teams that finished third to sixth, with a victory. That’s why coach Tim Cone has urged his players to treat the contest as if it’s an elimination game.

Rain or Shine carries a 6-4 record after gaining a quarterfinals slot in Wednesday’s 95-80 upset of defending champion San Miguel at the Mall of Asia Arena while NLEX ended the elims at 6-5.

Meanwhile, Blackwater will clinch the No. 7 seed in the playoffs if both GlobalPort and Rain or Shine win. If that happens, it will meet either TNT or Ginebra in a playoff or possibly suffer an early exit with Phoenix and Ginebra.

Three scenarios have TNT in a playoff for the No. 8 spot.

However, the KaTropa hope to avoid sharing a five-way tie at 5-6 as it would mean elimination for one of the PBA’s perennial contenders due to an inferior quotient. 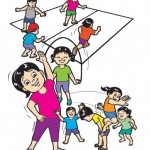