Jesus took Peter, James, and John and led them up a high mountain apart by themselves. And he was transfigured before them, and his clothes became dazzling white, such as no fuller on earth could bleach them. Then Elijah appeared to them along with Moses, and they were conversing with Jesus. Then Peter said to Jesus in reply, “Rabbi, it is good that we are here! Let us make three tents: one for you, one for Moses, and one for Elijah.” He hardly knew what to say, they were so terrified. Then a cloud came, casting a shadow over them; then from the cloud came a voice, “This is my beloved Son. Listen to him.” Suddenly, looking around, they no longer saw anyone but Jesus alone with them.

As they were coming down from the mountain, he charged them not to relate what they had seen to anyone, except when the Son of Man had risen from the dead. So they kept the matter to themselves, questioning what rising from the dead meant.

Reflection
God did not spare his own son
The First Reading and the Gospel are loosely connected by the theme of events happening on a mountain.

In the Genesis story, Abraham is commanded by God to sacrifice his son Isaac on a mountain (Moriah); in the Gospel, the Transfiguration of Jesus takes place on Mt. Tabor. The first event presents the scary prospect of a young boy being killed; the second describes the glorious and awe-inspiring transfiguration of Jesus before Peter, James, and John.

The narrative of the near-sacrifice of Abraham says that God sometimes puts us to the test. God does not tempt us in the manner the serpent seduced Adam and Eve or Satan tempted Jesus in the desert. Temptations are aimed at making us fall; tests are intended to purify and strengthen our faith. Thus, in Abraham’s story, God intervenes as Abraham is about to carry out what he is commanded to do.

While Isaac escapes death, Jesus will not be spared by the Father. Beloved Son though Jesus is, he will be offered as a sacrifice: no ram will be there to take his place. Thus, Paul asks that if God “did not spare his own Son but handed him over for us all,” what can God not give us? That is how much God loves us: God has given his only Son for our salvation.

That his enemies will plot to kill him Jesus has predicted, and he does not hide it from his close followers. At the same time, in his transfiguration, Jesus intimates to them what awaits him after he is killed. The transfiguration of Jesus – with its symbolic elements (his face shining very brightly, his garments becoming dazzlingly white, the Father’s voice coming from the cloud) – foretells his glorious resurrection; it is a manifestation and foretaste of his future glory.

As followers of Jesus, we expect not just the “regular” trials of life but also and especially the opposition and hatred of those who reject Jesus. Jesus does not promise an easy life for his followers; in fact, he is very honest in declaring that they will meet the same fate that their Master will meet. But even as we face these challenges, let us remember that trials and challenges make us stronger and that God will never try us beyond what we can bear. Let us be consoled by the hope that glory and new life await those who hold out to the end as Jesus has promised. 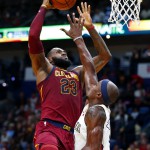 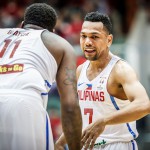