President Duterte has no autocratic tendencies and continues to adhere to the rule of law, Malacañang said yesterday.

Malacañang rejected a United States intelligence report tagging him a threat to democracy in Southeast Asia.

“The US intelligence community’s assessment is myopic and speculative at best,” presidential spokesman Harry Roque said.

“For one, President Rodrigo Roa Duterte is no autocrat or has autocratic tendencies. He adheres to the rule of law and remains loyal to the Constitution,” he added.

The US Intelligence Community has released a worldwide threat assessment report and listed Duterte as one of the Southeast Asian leaders who pose a threat to democracy and human rights. 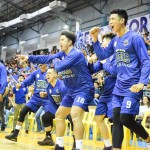