As it turned out, a major problem solver during the last few weeks was the round-up of a fleet of “bulok” jeepneys that were full of “usok” – no small victory for MMDA, LTO, and i-ACT. Motorists felt the difference immediately and wondered how long the joy rides, in a manner of speaking, would last.

Jeepneys are vital in serving the transpo needs of urban workers, housewives, students, but when authorities showed they had the will and the power to make the “bulok” carriers disappear, it was reason to celebrate, albeit at the cost of inconveniencing the usual passengers. The improved flow of traffic on many streets, with the exception of EDSA, could also have been due to the spikes in oil prices at the time.

Realistically speaking, we have to dread the return of the jeepneys, transformed after an overdue makeover and now hopefully rendered safe for passengers and pedestrians. Fact is, not even Marcos and Martial Law could stop the jeepneys. FM wanted them phased out, brought in the Light Rail Transit to take over, and what was the result? Egg on his face. Forty-something years later, how the operators and drivers respond to the modernization program of the Duterte government is going to be another test of wills. Their leaders don’t want jeepneys converted into millennial models, and that’s that. They don’t stop for a red light. Won’t slow down at a pedestrian crossing. Stop anywhere anytime. Don’t replace bald tires, useless brakes, dead lights. They are above the law. How many of them took and passed the driver’s exam, stay out of the yellow box, will flaunt their colorum status for as long as they please?

For their part, cops and enforcers will keep towing away illegally parked vehicles; clearing the sidewalks of the palengke; borrowing the streets within private subdivisions to accommodate wide-bodied buses, merely transferring the traffic jams elsewhere. Those band-aid solutions haven’t been effective, and the jeepney kings know it. Sure, we took a short break from their rust-and-dust, smoke-spraying “king of the road” disdain for road courtesy, and we saw how the streets looked better without so many of them. But they will be back.

As an astute observer observed, “Where there are jeepneys there’s traffic.” The Jeepney King knows that, too – not his problem. 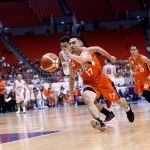