Svindal, 35 and coming to the end of a stellar career, clocked 1min 40.25sec down the 3km-long Jeongseon course to hand Norway its first ever Olympic downhill gold. He also became the oldest ever alpine skiing gold medallist.

“It feels pretty good. I’m extremely happy,” said Svindal. “World Cup wins, I’ve been there a few times and know how that feels, but this is different.”

“It’s one of those things where you keep looking up the hill because I want to make sure it’s real, like no one comes and skis faster. But this is fine.”

Svindal had predicted that it would be the established downhill skiers who would triumph on a course where many racers said it was easy enough to get down unscathed but very tough to maintain speed and a good line. 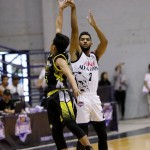