PYEONGCHANG, South Korea (AFP) – A plucky North Korean skier earned the biggest cheer of the day at the women’s giant slalom Thursday after a display that brought back fond memories of glorious Olympic no-hopers.

Kim Ryon Hwang churned her way down the Pyeongchang course in a time of one minute, 40.22 seconds – just under half a minute off the top times set by Italy’s Manuela Moelgg and American Mikaela Shiffrin.

It was a performance reminiscent of British ski jumper Eddie “The Eagle” Edwards, who stole the hearts of fans around the world with his all-too-brief attempts at getting airborne during the 1988 Calgary Olympics.

Roared on by around 150 of North Korea’s famed “Army of Beauties” cheerleaders sporting red and white puffer jackets and dark glasses, the 25-year-old Kim punched the air as she crossed the line in one piece.

“I was greatly supported by our cheer group,” said the diminutive North Korean.

North Korea is said to have just one ski resort, the brainchild of the country’s leader Kim Jong Un, although it is often empty except for the nursery slope, according to media reports.

But the secretive state has sent 22 athletes, including apline skiers, to take part in the Olympics in South Korea as part of a charm offensive after months of bellicose rhetoric and provocative missile launches.

Of the 22, only pairs skaters Ryom Tae Ok and Kim Ju Sik reached the Olympic qualifying standard with the rest – including slalom skier Kim – getting a special invite.

The skier Kim is set to try again in Thursday’s second run, when she could potentially finish a combined minute outside the top times.

However, in the Olympic spirit embodied by Edwards and Equatorial Guinean swimmer Eric “The Eel” Moussambani, who clung for dear life to the pool rope at the 2000 Sydney Olympics in his first dip in a 50-metre pool, Kim will at least feel the love. 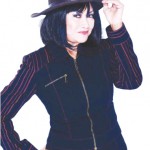