James scored 37 points, and the new-look Cleveland Cavaliers got a much different result this time against the Oklahoma City Thunder in a 120-112 victory on Tuesday night.

Cleveland claimed its second straight win since adding George Hill, Rodney Hood, Jordan Clarkson and Larry Nance Jr. in trades, and their fourth straight victory overall. The Cavaliers lost to the Thunder 148-124 on Jan. 20 with a very different roster.

“I think their ability to space it, drive it, kick it, their skill level, I think – not that it was bad before, but I think the speed, probably the tempo and the pace they are playing at is a little bit faster,” he said.

Each of Cleveland’s additions made solid contributions against Oklahoma City. Hill started at point guard and went 24 minutes without a turnover. Hood and Clarkson each scored 14 points and Nance had 13 points and nine rebounds, including eight offensive boards.

James praised Cleveland general manager Koby Altman for getting what the team needed at the trade deadline.

ROCKETS 126, WOLVES 108
In Minneapolis, James Harden had 34 points, 12 assists and six rebounds, and Houston beat Minnesota for its ninth straight victory.
Ryan Anderson scored 21 points off the bench as the Rockets (43-13) snapped Minnesota’s 13-game home winning streak and pulled within a half-game of the Golden State Warriors for the best record in the NBA. Houston has won for the 16 of its last 18 games. The Rockets made 10 3-pointers in the fourth quarter, when they scored 42 points.

Karl-Anthony Towns had 35 points and 12 rebounds in Minnesota’s first home loss since Dec. 16 against Phoenix. Jeff Teague added 25 points and eight assists, and Jamal Crawford came off the bench to score 11 points after starting 0 for 6 from the floor. 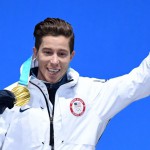