ATLANTA (AP) – LeBron James had a triple-double and Kyle Korver scored a season-high 30 points, including four straight 3-pointers to close the third period, as the Cleveland Cavaliers beat the Atlanta Hawks 123-107 on Friday night for a successful start to their reboot.

One day after unloading six players, including guards Isaiah Thomas and Dwyane Wade, in three trades, the Cavaliers were in a state of transition. They had only nine available players against the Hawks, but Korver more than made up for a short bench.

Newcomers George Hill, Jordan Clarkson, Larry Nance Jr. and Rodney Hood joined the Cavs, but remained in the locker room during the game. They are expected to make their debuts with Cleveland on Sunday in Boston.

HEAT 91, BUCKS 85
MIAMI (AP) – Dwyane Wade returned with a quiet game, but his mere presence got a rise out of Heat fans, and teammates Hassan Whiteside and Tyler Johnson led the way as Miami snapped a five-game losing streak and capped a celebratory night.

Wade came off the bench to score three points on 1-of-6 shooting with two assists, one rebound, a key late block, and four turnovers in 22 minutes in his first game since being acquired in a trade from Cleveland on Thursday. Wade played 13 seasons and won three NBA championships with the Heat before leaving as a free agent for Chicago in 2016.

It was a bit of an off night for Griffin, who scored 19 points but shot 7 of 19 from the field. The whole Detroit team faded down the stretch. The Pistons led 80-77 after three quarters but scored only 15 points in the fourth.

Detroit had won five in a row, with Griffin playing in four of those games.

Harden had 11 assists and seven rebounds as Houston won its seventh straight and 11th of 12. 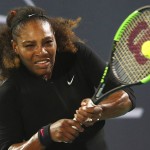