‘WILDFLOWERS” – Let’s meet the three “Wildflowers” in the toprating ABS-CBN soap “Wildflower,” which is about to end.
First is Maja Salvador, the bride in black as Ivy and the Woman in Gold gown as Lily.

Then comes Aiko Melendez as Emilia of the powerful and ruthless Ardiente family, the woman you love to hate. “La Primera Contravida.”

OUT OF THE WAY BUT – The men in “Wildflower” are RK Bagatsing as Arnaldo and Wendell Ramos as Raul, now both out of the way. It seems Lily/ Ivy has the upper hand in her mission to topple the Ardientes from their exalted tower and free the “poblacion” from their deception and abuses.

But their remains the patriarch Julio (Tirso Cruz III) who vows to get even with Lily/Ivy and demolish her from the face of the earth. The Devil Incarnate.

“Wildflower” gets more and more exciting as the explosive climax nears.

More than revenge and fury, “Wildflower” is the story of a woman’s courage, determination, and resilience to find justice for her family and the people of a “poblacion.”

TOPRATER – Since its premiere in February 2017, “Wildflower” has been a consistent toprater, hitting as high as 35.2% – the highest earned by a show on the 6 p.m. slot in recent years.

It also ranked 13th on Kantar Media’s list of most watched programs for 2017.

Now, after “Wildflower” what’s next for Maja Salvador?

Well, they are all fine actors and will sure get good roles on TV and the big screen. 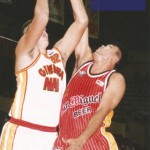 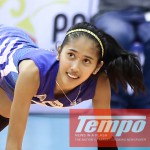