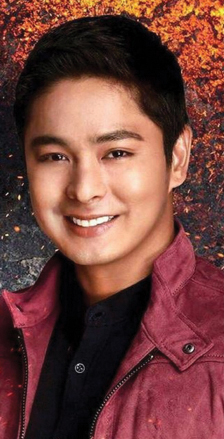 ALL IN ONE – Let’s dwell on those who wear four hats on the movies set.

Let’s start with Rodel Nacianceno, director and producer of “Ang Panday.” He’s also co-writer. Rodel is, of course (as if you didn’t know), the actor Coco Martin.

“And Panday” made more than R200 million in the last MMFF very impressive for a new director.

MULTI-TASKING – Back to multi-tasking actors, in a manner of speaking.

Cesar Montano is another one. Actor-director-producer-writer.

The late Rudy Fernandez didn’t direct and write the starrers he produced and acted in. But he has a big say in the choice of director (usually Joe Carreon, Romy Suzara) and writing of the script.

Phillip Salvador is often unpaid “acting coach” in his starrers. Think of all his acting awards. And remember Ipe is “aral kay Lino Brocka.”

ACTOR-DIRECTOR – Eddie Garcia is actor-director, a very good one, needless to say.

By the way, Baby R. Nebrida is director, writer, and producer. Think “Across the Crescent Moon,” Catholic Mass Media Awards best film. Ditto Manhattan (New York) best picture. But Baby has yet to be persuaded to act.