Three years after the Mamasapano debacle, President Duterte has promised to uncover the truth about the bungled operation that left 44 police commandos dead and find “just closure” for their families.

The President made the pledge as justice remains elusive for the fallen troops and their families, according to his spokesman Harry Roque.

“The nation remembers the heroic sacrifice of the 44 uniformed personnel of the Philippine National Police Special Action Force. Three years after the tragedy in Mamasapano, the cry for justice for our Fallen SAF 44 heroes remains elusive,” Roque said.

“President Rodrigo Roa Duterte does not wish a repeat of such a waste of lives and promising future of gallant Filipinos even as he vows to uncover the truth behind this botched operation and find a just closure for the bereaved families who lost a husband, father, brother, or son,” Roque said.

Forty-four SAF troopers were killed in a clash with rebels after successfully neutralizing a terror suspect in Mamasapano, Maguindanao last Jan. 25, 2015.

Then President Benigno S. Aquino III, who took responsibility for the operation, faces charges of graft and usurpation of official functions over the botched operation.

Other top police officials were also charged before the Sandiganbayan for allegedly mishandling the anti-terror raid.

Last year, the President expressed dismay at Aquino’s dismal handling of the operation in Maguindanao that led the deaths of the policemen. He said it was not enough for Aquino to admit his fault but must come clean and tell the truth. 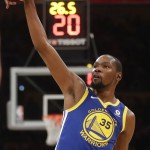