The Eastern Conference leaders have struggled on offense during their mini-slump, but found their scoring touch to secure a comfortable road victory at the Staples Center.

Irving had eight rebounds and seven assists while Jayson Tatum had 18 points on a night when five Celtics players posted double-digit scores.

The win saw Boston improve to 35-14 at the top of the East, and ensured they will head into Saturday’s marquee match-up against the NBA champion Golden State Warriors on a winning note.

Boston took control after edging into a 62-55 half-time lead, quickly extending the gap to 13 points early in the third quarter thanks to a burst of scoring from Tatum and Aron Baynes.

The Clippers rallied to get within five points but a flurry of scoring capped by a Terry Rozier three-pointer handed Boston a 91-77 buffer heading into the final quarter. The Celtics pressed home their advantage in the fourth quarter to close out the win.

ROCKETS WIN
In Dallas, James Harden scored 25 points as Houston tightened their grip on second place in the Western Conference with a 104-97 win over the Mavericks in the all-Texas derby.

Trevor Ariza added 23 points while Clint Capela, Chris Paul and Eric Gordon all made double-figures for the visitors, who improved to 34-12 after what was a sixth straight win over the Mavs.

Harden finished with 13 assists and five rebounds while converting six of 10 three-point attempts.

SPURS SOAR
San Antonio remains in third place in the West after a 108-85 mauling of the Memphis Grizzlies.

The Spurs, fresh from victory over Cleveland on Tuesday, showed no ill-effects from their road trip in a one-sided win.

Spanish veteran Pau Gasol had 14 points 11 rebounds and 15 assists as the Spurs improved to 32-18. Gasol’s brother Marc led the scoring for the Grizzlies with 18 points and seven rebounds.

The fourth-placed Minnesota Timberwolves however fell to 31-19 with a road 123-114 defeat against the Trail Blazers in Portland. Damian Lillard was the spark for the home team, scoring 31 points with C.J. McCollum adding 28.

In Charlotte, Anthony Davis and Jrue Holiday scored 19 points apiece to give the New Orleans Pelicans a 101-96 win over the Hornets.

DeMarcus Cousins added a double-double with 16 points and 13 rebounds to give New Orleans a third straight victory. 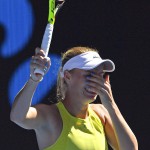 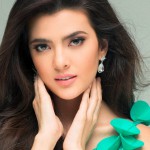