A bullied 13-year-old Grade 7 student stabbed a 15-year-old out-of-school youth to death after he snapped during a fistfight in Barangay Batasan Hills in Quezon City Saturday afternoon.

Police investigators identified the victim as Alvin Sahisay who lived in the same street as the young suspect.

Witnesses said the incident happened around 4:30 p.m. when the victim, “Arjay” (not his real name), passed by Sahisay.

An argument between the two ensued and escalated into a fight.

“Arjay”, witnesses said, pulled out a bladed weapon, a “balisong”, and struck the victim on the left chest.

Sahisay slumped on the ground and “Arjay” walked to the barangay hall to surrender himself. He was brought to the Quezon City Police District-Criminal Investigation and Detection Unit.

Meanwhile, the victim was brought to the Fairview General Hospital where he was declared dead on arrival.

Superintendent Rossel Cejas, chief of Batasan Police Station (PS-6), said that “Arjay” claimed he was always being bullied and teased by Sahisay’s group.

Being a minor, “Arjay” was turned over to the custody of the Department of Social Welfare and Development (DSWD).

Meantime, a former member of the Philippine Army was arrested after police seized from him P50,000 worth of illegal drugs during a buy-bust operation in Quezon City over the weekend.

The arrested person was identified by Superintendent Rossel Cejas, chief of Batasan Police Station (PS-6), as Athoniette Gerobiese, known as “Tonet,” 42, a former member of the Armed Forces of the Philippines last assigned at the Philippine Army.

Prior to the incident, police received a reports about Gerobiese being a known drug peddler in his neighborhood in Barangay Old Balara, Quezon City.

After surveillance which verified reports about the illegal activities of the suspect, joint operatives of the Quezon City Police District and PS-6 Drug Enforcement Units, with the Philippine Drug Enforcement Agency (PDEA) conducted the buy-bust at about 10 p.m., Saturday, along Don Francisco Street, Barangay Old Balara.

Upon handing the R500 marked money of the poseur-buyer to Gerobiese, operatives immediately nabbed the suspect.

Confiscated from the suspect were five sachets of shabu with an estimated street value of P50,000 and the buy-bust money.

Seized evidences were submitted to PDEA for further examination, while the apprehended suspect was brought to the QCPD Crime Lab for series of tests and investigation. 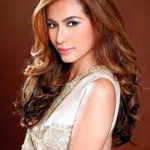