Car, 10 motorbikes to be raffled off on opening day.

Displaced professional cagers, collegiate standouts and untapped local talents will have a new battleground as the Maharlika Pilipinas Basketball League finally opens shop on Jan. 25 at the Smart-Araneta Coliseum.

At least 10 teams from Manila and Luzon, led by pre-season champion Bulacan Kuyas, will see action in the inaugural conference of MPBL, a brainchild of Senator Manny Pacquiao geared towards boosting the grassroots program in the sport very close to Filipinos’ hearts.

To further heighten up the excitement, top MPBL officials, led by commissioner Kenneth Duremdes, recently reached a deal with ABS-CBN S+A as its broadcast and media partner.

Under the set-up, the opening ceremony and league games will be shown live on S+A and S+A HD, which will also regularly air MPBL games every Tuesday, Thursday, and Saturday from 7 p.m. to 11 p.m.

“It was very natural for us to get together because of our shared vision for Philippines sports and our desire to support Filipino athletes in the grassroots level,” said ABS-CBN Sports head Dino Laurena, who sees notable similarities with MPBL and the defunct Metropolitan Basketball Association through its “concept and objective.”

According to Duremdes, all teams are required to have at least three players who are truly homegrown in their respective areas as they try to gain a better reach from local fans.

“The advantage of this is really the pride of the players playing for their respective provinces and cities. We also believe that it will be more exciting because of the support of the fans for their teams,” he said.

To attract more fans during its opening day, ALV Events International chairman Arnold Vegafria disclosed that MPBL will be giving away one car and ten motorbikes.

“This is another platform where Pinoys can find their potential basketball heroes,” said Vegafria, Pacquiao’s business manager and the overall head of MPBL.

“This is a novel project of Sen. Manny Pacquiao to give chance to athletes that have the capacity but never had the chance to play in the other leagues. Finally, Filipinos from all walks of life who have the talent and passion for the game will be able to show their mettle in the hardcourt. 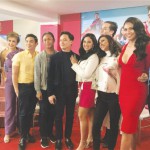