The Department of Trade and Industry has denied the Makabayan bloc’s claim that the Tax Reform for Acceleration and Inclusion Act will do more harm than good for the common Filipino in the long run.

Makabayan cited the “regressive” nature of the new law which is contrary to the Constitution’s prescription of a “progressive” taxation. 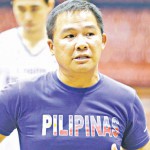