On the occasion of his 26th birthday yesterday, New Year’s Day 2018, world boxing champion Jerwin Ancajas got up early and got dressed.


But he didn’t put on the typical get-up one could associate with someone celebrating his special day or the onset of a band new year.

Instead of putting on a classy shirt, dressy jeans or slacks and a trendy pair of shoes, Ancajas grabbed a scruffy sleeveless shirt, shiny shorts, boots and the one item that reminded him that it’s going to be business as usual: a pair of boxing gloves.

“I have to sacrifice,” said Ancajas yesterday in Filipino after his morning run in his training headquarters in Magallanes, Cavite, a little over a month before he defends the International Boxing Federation (IBF) super-flyweight title against Mexican Israel Gonzalez on Feb. 3 in Corpus Christi, Texas.

“The fight is just one month from now and that’s close for someone getting ready to defend a world title.”

During Christmas Day, he also did the same thing: train in the gym.

To make the holidays enjoyable, Ancajas’ loved ones were allowed to join him alongside that of chief trainer Joven Jimenez.

“That’s what we did so we don’t disrupt our preparation because this is a very important fight for Jerwin, a fight he cannot afford to lose,” said Jimenez.

Recently, Hall of Fame promoter Bob Arum signed Ancajas to a juicy three-fight, one-year contract with Top Rank in 2018 with the provision that it will be extended in 2019 in the event he keeps on winning.

To toughen up for Gonzalez, ranked tenth by the IBF in the 115-lb class, Ancajas has already been sparring intensely.

In fact, the most crucial phase of the buildup is about to commence.

“Soon, I will be going ten rounds of sparring,” said Ancajas, one of only two Filipino world champions other than flyweight Donnie Nietes of the ALA Boxing Club of Cebu.

Despite the hardwork, Ancajas remains committed to his craft and his mission of making a name for himself on US shores.

“My focus is on coming up with a performance that will make a lasting impression and keeping my concentration by training hard even during the holidays and other special occasions will be the key,” he added.

Now, that’s what you call a workaholic. 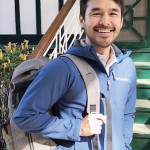