Malacañang will exert more effort to help the public understand that martial law is the reason for Mindanao’s seemingly peaceful situation following the war in Marawi City.

A recent Social Weather Stations survey showed that 62 percent of Filipinos do not agree with the one-year extension of martial law in Mindanao.

According to presidential spokesperson Harry Roque, the Palace understands that the survey came to its result due to the kind of questions SWS asked its respondents.

“We understand the sentiment of the public when 62 percent of the respondents said they oppose martial law extension in Mindanao, given the construction of the survey question which began, ‘Dahil tapos na ang giyera sa Marawi City,'” Roque said.

The Palace official said that the public needs to understand that the situation in Mindanao would be different if President Duterte did not declare martial law to address the war against the Daesh-inspired terrorists.

“We have to engage our people and make them aware that it is precisely because of martial law that there is a seemingly peaceful environment that is prevalent now in Mindanao, thus, they have this perception of ‘tapos na ang giyera,'” Roque said.

“Martial law allowed our defenders to keep the Daesh, their supporters, and remnants in check. If martial law had not been implemented, the current situation in the communities in Mindanao would have been vastly different,” he added.

Roque added that the public also needs to understand that there are still elements in Mindanao determined to establish an Islamic State caliphate in the region.

“We therefore have to explain to our people that what the Daesh-Maute did in Marawi was just the tip of the iceberg. The Dawlah Ismaliya remains determined to establish an IS wilayat in Mindanao,” he said.

“With martial law in place, our defenders can establish a tighter net against these rebels and terrorists who will not stop until they are completely defeated,” he added.

Based on the SWS survey, the highest opposition to the martial law extension was recorded in Metro Manila at 67 percent. It is followed by Balance Luzon with 63 percent; Mindanao, 62 percent; and Visayas, 55 percent.

Twelve percent of respondents were undecided while 26 percent disagreed.

Duterte declared martial law in Mindanao when the war against the ISIS-inspired Maute Group erupted last May 23.

However, when its 60-day implementation expired last July 22, Duterte proposed its extension until the end of the year as recommended by the Armed Forces of the Philippines. The Congress obliged. 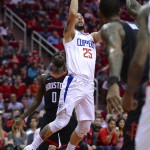