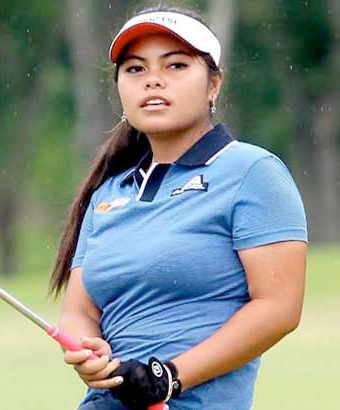 Dottie Ardina reunites with her former teammates as she rejoins the Ladies Philippine Golf Tour, headlining the compact but tough field in the ICTSI South Forbes Ladies Invitational which gets going tomorrow at the South Forbes Golf Club in Sta. Rosa, Laguna.

Ardina, who spent the season about to end campaigning in the Symetra Tour and LPGA, gears up for a fierce showdown with the likes of Symetra Tour campaigners Cyna Rodriguez and Princess Superal, and the current toast of LPGT Pauline del Rosario in the 54-hole championship capping the record 11-stage circuit put up by ICTSI.

But four aces from Thailand are out to spoil the local shotmakers’ bid, including Chonlada Chayanun, who finished joint second in a strong Thai 1-2-3 finish in the Philippine Ladies Masters at The Country Club two weeks ago.

Korean amateur Hwang Min-jeong, who placed fourth and nipped Yuka Saso for the low amateur honors in the Phl Ladies Masters, is also in the fold, seeking another LPGT win after humbling Superal and Rodriguez at Mt. Malarayat in 2015.