Police seized some 12 kilos of shabu, multi-millions in cash, and a cache of firearms in a series of raids on the houses of the surviving members of the Parojinog political clan in Ozamiz City on Wednesday night.

The intelligence monitoring, according to Espenido, led them to a certain Butch Merino who was supposed to deliver a kilo of shabu to a drug distributor from Lanao on Tuesday.

“We were able to arrest him and he said he was supposed to sell the almost one kilo of shabu to drug distributor from Lanao for P2.5 million,” Espenido said in a phone interview.

The seized shabu is estimated to have a street value of P60 million based on the current price of R5 million per kilo.

Merino is reportedly a former bodyguard and driver of Ozamiz City Vice Mayor Nova Parojinog who is currently detained at the Philippine National Police (PNP) Custodial Center at Camp Crame.

Parojinog’s arrest came after the bloody raid that led to the death of Mayor Reynaldo ‘Aldong’ Parojinog and 14 others, including his wife, July this year.

During the interrogation, Espenido said Merino spilled the beans and squealed the name of a certain Meldin Rabanes as his source.

Rabanes, it was learned, is a first cousin of Vice Mayor Parojinog. His mother is a younger sister of slain Mayor Aldong Parojinog, according to Espenido.

“We asked Merino to contact his source and told him that there is another buyer. It worked out and it led to the arrest of Rabanes as he was delivering another kilo of shabu,” said Espenido.

The official said the interrogation also led to Rabanes pointing to the source of drugs. Rabanes also reportedly yielded undetermined amount of money during his arrest.

At around 9 p.m. on Wednesday, the Ozamiz City police conducted a simultaneous raid on the houses of the Parojinogs and their supporters who allegedly have been keeping the drugs as revealed by Rabanes.

Based on the report obtained from Ozamiz City police, the cops seized some eight kilos of shabu from the house of Melodia and Gaudencio Malingin.

The two were arrested but some of their companions were able to escape.

At the house of Maychell Parojinog Gumapac, two more kilos of shabu were seized inside a steel vault along with an airsoft rifle. Gumapac, however, was not arrested.

At the house of Ricardo and Christopher Parojinog, police seized an M16 rifle, a steel short magazine, 19 bullets for of 5.56 cal and a hand grenade.

The two Parojinogs, along with the three Franciscos, were able to elude arrest.

“They were delivered in batches and all of those shabu came from Manila,” said Espenido who did not elaborate.

Espenido said they will continue tracking down the whereabouts of the remaining illegal drugs.

Since his stint in Ozamiz City, Espenido has been building cases against the Parojinogs after confirmation of intelligence reports about the clan’s alleged involvement in drug trade. 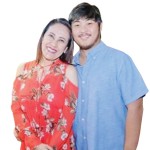