By: Argyll Cyrus B. Geducos

The Task Force Bangon Marawi (TFBM) announced Friday that there will be no bidding for the reconstruction of the war-torn Marawi City, Lanao del Sur, instead a proposal will be subjected to the Swiss challenge.

This after the TFBM announced that the, Post-Conflict Needs Assessment (PCNA), which was suspended due to the presence of some stragglers in the main battle area, was given the green light by the Armed Forces of the Philippines (AFP) to continue.

“We are not going to conduct bidding. Ang ginawa natin dito (What we did was), we called all probable developers,
big-time developers, foreign and national, [and] we allowed them to see the most affected area,” said Del Rosario..

An unsolicited proposal or bid is a written application for a new or innovative idea submitted for the purpose of obtaining a contract with the government.

The Swiss challenge, on the other hand, is a form of public procurement where, in this case, the government publishes an unsolicited bid or proposal for third parties to match or exceed it. 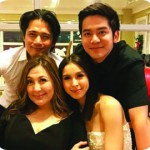