President Duterte yesterday disclosed that an executive order is now being prepared to declare the New People’s Army (NPA) as a terrorist group.

In a speech during the send-off ceremony for Vietnamese fishermen in Sual, Pangasinan, the President said under the executive order, NPAs will be treated as criminals.

“I am preparing now. They are preparing the executive order declaring them to be terrorists and they will be afforded the treatment of being criminals,” he said.

He also ordered the police and military to shoot any armed NPA or terrorist.

“So what will be my orders to the…? ‘Di shoot them. E, they will kill you anyway. So if there is an armed NPA there or terrorists, if he’s holding any firearms, shoot. And tell any… ako na ang magsagot, you just shut up,” Duterte said.

Duterte added that there will be no filing of cases under public security like rebellion, “because rebellion is considered sometimes a noble undertaking, it’s only because you want your country to do better.”

The President said he decided to cut off talks with the communist rebels “because I think that they are not really serious.”

Apart from biding their time, “they do not have the second echelons to carry the fight and they just want to be comfortable.”

While his job is to make peace, Duterte said the time has come for his to order their re-arrest. However, the arrest order may spare those who are above 70-years-old for “humane reasons.” (Roy C. Mabasa) 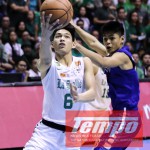 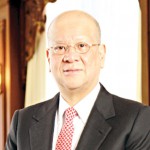