The Philippine Drug Enforcement Agency (PDEA) has expressed regret for publicly disclosing that one of the arrested suspects in a hotel buy-bust operation is infected with Human Immunodeficiency Virus (HIV).

“PDEA has expressed regret in the inadvertent mention during a recent press conference that one of the suspects, though his identity was withheld, is infected with HIV. We may have gone overboard by violating his right to privacy,” said PDEA Director General Aaron N Aquino.

The operation resulted in the confiscation of ecstasy, shabu and gamma butyrolactone (GBL), a dangerous drug.

In a statement, PDEA reported that the group was caught while having a male-to-male sex party.

“During the operation, one suspect admitted that he is HIV positive after yielding to authorities a bottle of medication supposedly for treatment of the disease,” Aquino said.

Aquino said it was never the agency’s desire to be insensitive and discriminatory against people afflicted with HIV.

He explained that the agency disregarded the context of privacy in its ardent intention to warn the public that organized drug session involving male-to-male sexual partners may contribute to high prevalence of HIV infections in the country. (Chito Chavez) 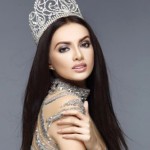