Senators are wary of President Duterte’s plan to return the leadership of the anti-drug campaign to the Philippine National Police.

They prefer that the Philippine Drug Enforcement Agency takes the lead as they are mandated by law.

“Since PDEA is legally mandated to be the country’s primary agency in the anti-drug campaign, it would be ideal if the PDEA retained leadership and the PNP lends its full operational muscle to fill up the lack in manpower besetting the drug agency,” Sen. Grace Poe said.

“We must not forget that the PNP has been involved in too many controversial operations, thus, casting doubt on the organization’s ability to uphold the rule of law and respect basic rights,” Poe added.

If supervised by PDEA, Senate Majority Leader Vicente C. Sotto III said he believes it would be more effective and “more in line with the intentions of Republic Act 9165 (Dangerous Drugs Act of 2002) that I principally authored.”

Senate President Koko Pimentel said it is the President’s call or prerogative if he wants the drug war under the PNP leadership again.

“This is his administration and its declared priority is the all-out war against drugs (among others). Let him pursue that in accordance with his own strategy,” Pimentel said.

“I just want to remind all concerned and all involved to conduct the all-out war against drugs in accordance with law,” he said.

Nevertheless, Pimentel said the Senate will act accordingly on the proposed R900-million budget for “Oplan: Tokhang” under the proposed R3.767-trillion national budget for 2018 which senators want to be realigned to the PNP’s housing program. 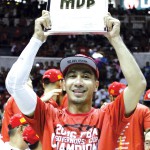