Judiciary tries to formalize its entry into the second round as the two-time champion collides with Department of Agriculture in Group B while Senate looks to secure the solo lead in Group A when the 6th UNTV Cup resumes tomorrow at the Pasig Sports Center.

Coming off an impressive a 93-82 win over erstwhile unbeaten Malacanang-Philippine Sports Commission, the Judiciary Magis and the DA Food Masters clash at 5 p.m. with the former out notch their fourth win in five games.

Ybanez was deadly in the team’s victory over the Malacanang Kamao where he tallied 24 points and eight rebounds while Camaso and Tolomia combined for 29 points in the tournament offering P4 million to the chosen charity of the champion.

Meantime, the Kamao try to get back on the winning track when they collide with the also-ran Ombudsman Graftfighters at 2 p.m. while the Senate Defenders go up against the Department of Health Achievers at 3:30 p.m.

The Defenders hope to remain sharp despite a three-week respite as they shoot for their fourth win in five games.
They are currently locked for the lead with defending champion PNP and AFP with similar 3-1 records.

Through the red-hot shooting of Jeff Sanders, the Defenders handed the PNP Responders their first defeat with a 68-56 win. 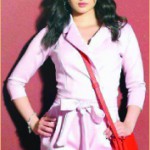