Mariel, who stands 5’8, studied cookery at the North Shore International Academy in New Zealand. She plans to open her own cafe in the Philippines.

Aside from cooking, she is a surfer and an opera singer. She describes herself as a homebody who loves being with her dogs.

In 2013, Mariel joined the Bb. Pilipinas beauty pageant for the first time at the age of 19. She placed in the Top 15 that year in the contest won by Ariella Arida.

Mariel has also started shooting for her debut film “Ang Panday,” an entry to the 2017 Metro Manila Film Festival.
But Mariel said she is not sure if she would pursue acting, a field in which her parents – Christopher de Leon and Sandy Andolong – really excel.

“This is a really a new experience for me. I haven’t decided which path I’m gonna do actually so I’m just dipping my clothes in the water and see how it goes. I’ll do my best in the movies and we’ll see what happens,” she said.

In May, Mariel became controversial when she was bashed on social media by some netizens after she voiced her opinion on politics.

Marie added: “I love my country so it breaks my heart to know someone like her got a position in the government.”

Later, Mariel apologized to Uson following her comments on the appointment of Uson.

“Like all Filipinos, I love my country and I hope for a better Philippines. With or without a crown, I will continue to show my love for the nation by discussing issues that affect us. I apologize to anyone who was offended as it was not my intention to do so. I wish Asec Mocha Uson success in her job. Moving forward, I will use this title as a platform to promote unity for the country. #AnythingAndEverythingForThePhilippines,” she said.

“Biased and disrespectful. She insults those who are against her. I’m not for her, I’m not for the other side (whatever that may be). I love my country so it breaks my heart to know someone like her got a position in the government,” the beauty queen said then. 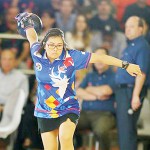