By ARGYLL CYRUS B. GEDUCOS

The Department of the Interior and Local Government (DILG) will implement the dismissal order of Iloilo City Mayor Jed Patrick Mabilog.

This was announced by Malacanang after the Office of the Ombudsman (OMB) ordered Mabilog’s dismissal from service.

According to China Jocson, assistant presidential spokesperson, “The Department of Interior and Local Government would implement the dismissal order of Iloilo City Mayor Jed Patrick Mabilog once it receives the official copy of the decision from the Office of the Ombudsman.”

The OMB’s decision came after Mabilog failed to account for the P8.9-million increase in his net worth from 2012 to 2013.

On Wednesday, President Duterte addressed Mabilog in a speech and told him, “You’re next.”

Prior, President Duterte accused Mabilog of having ties to the drug trade in the city, tagging Iloilo as the “most shabulized” in the Visayas region.

Duterte revealed last month he ordered the National Bureau of Investigation (NBI) and the Bureau of Internal Revenue) to do a lifestyle check on the mayor.

Mabilog is currently on leave. He supposedly left the country with his family last August. 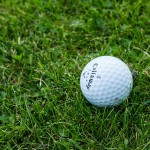