MIAMI (AFP) – Former world number one Tiger Woods released a 24-second slow-motion video of himself Saturday hitting an iron shot, another tease that he is returning to fitness.

The 41-year-old American, a 14-time major winner, tweeted the video of himself with the tag line: “Smooth iron shots.’’

It was an advancement from where Woods said he was two weeks ago in a posting on his website, saying he was swatting 60-yard shots.

Woods has not played a competitive round since firing a 77 in the first round at Dubai in February. Woods withdrew from the event the next day and underwent another back operation in April, his fourth back surgery in all, that sidelined him for the remainder of the season.

Woods served as an assistant captain for the triumphant US squad at the Presidents Cup last week in suburban New York and said he had “no idea what my future holds’’ regarding his return to competition.

“I’m still training, I’m getting stronger. But I certainly don’t have my golf muscles trained because obviously I’m not doing anything golf related,’’ Woods said at the Presidents Cup.

Last December, Woods returned from back surgery at the Hero World Challenge invitational event in the Bahamas that benefits his charity foundation.

In announcing the 18-man field for this year’s event, two spots were left vacant for later invitations, opening the door that Woods could play in the tournament if his health is good and his game is worthy. 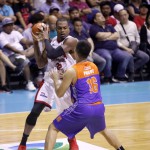