KIDAPAWAN CITY – A 16-year-old teenager was killed and three of his companions were hurt when unidentified men peppered them with bullets while preparing for dinner inside a small hut in Barangay Mahad in Pikit, North Cotabato.

Authorities identified the fatality as Abdul Yasser Esmael, 16, and the wounded as Farida Abdullah, 32; a Wawan Lamada; and a four-year old boy.

Chief Inspector Romy Castanares, chief of Pikit municipal police, said the suspects in the shooting, who were riding on two motorcycles both without license plates, used M16 assault rifles during the attack.

The house is owned by a certain Akmad Bantuan Palaman, who, according to Castanares, was the real target of the gunmen.

Palaman was not in his house when the attack happened.

In Matalam town, a businessman whom the police suspected of being involved in the illegal drug trade was killed when he tried to prevent the raiding team from conducting a search in his house, around 3:30 a.m., Tuesday, reports from Matalam PNP said.

Killed was Clay Solas Magallanes, 41, a trader from Rotunda, Poblacion in Matalam. 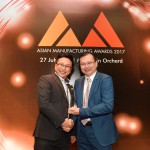