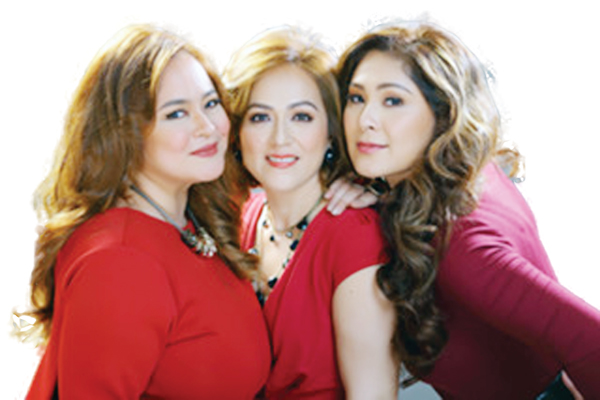 WAY BACK WHEN – The concert of the Triplets on Sept. 9 at the Music Museum in Greenhills will surely bring back days of yore. The Triplets – Sheryl Cruz, Tina Paner, and Manilyn Reynes – were the teenages faces of the ‘90s. Ever present on screen (big and small), on the music scene… and even personal appearances all over the country. Remember them in Kuya Germs’ “That’s Entertainment”?

Recall Sheryl’s signature song “Mr. Dreamboy”? How about her Seiko starrers with Romnick Sarmenta? How about Tina’s version of “Tamis ng Unang Halik” and her big-screen loveteam with Cris Villanueva. Not to forget Manilyn’s “Sayang na Sayang” and those movies with Janno Gibbs and Keempee de Leon.

“The Triplet Concert” on Sept. 9 is a celebration of the glorious ‘90s – a rare musical event, the production of Striking Star.

LIVES AND LOVES – Let’s look back once more with much feeling at their loves and lives.

Unfortunately, Sheryl’s “Mr. Dreamboy” wasn’t that pleasant. She’s divorced from John Norman Bustos, a San Francisco policeman. Their 16-year-old daughter Ashley, is with her. Will Sheryl once more take a chance on love?

Tina was linked with Cris over the strong objection of mother Daisy Romualdez and so “Tamis ng Unang Halik” wasn’t really that sweet. She has a 14-year-old daughter, Shayne, by a Fil- Spanish based in Barcelona, where Tina stayed for several years.

By the way, years back Tina and I, along with another Filipina, Riza Cruz, used to take leisurely strolls along beautiful Las Ramblas, site of the recent carnage. I then covered the shoot of Gil Portes’ “Barcelona,” where Tina served as production coordinator. She also appeared in the movie with Robert Arevalo, Luis Alandy, Alan Paule, and Alex de Rossi.

Manilyn popularized “Sayang Na Sayang,” but she has no regrets where love is concerned. She’s happily married to Aljon Jimenez. They have three children.

VARIED VOICES – But back to the concert on Sept. 9 at the Music Museum. Let’s hear one more time their varied voices.

They’ll have solo and trio numbers. 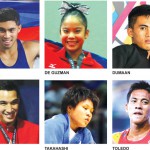