KUALA LUMPUR – A 15-year-old archer from Dumaguete City averted a medal shutout while three boxers took care of business on the first day of full-blown competition of the 29th Southeast Asian Games Sunday.

Two-time SEAG champion Daniel Parantac finished out of the podium in wushu, the bowlers started poorly, both rugby teams fell, and the water polo team lost its final match on a day Malaysia collected most of the gold medals at stake.

The host country ended the day with an overall collection of 16 gold medals, 11 silvers and eight bronzes, taking nearly half of the total golds on offer.

Nicole Marie Tagle settled for the silver medal after losing, 6-4, to Diananda Choirunisa of Indonesia.

It was a remarkable showing for a rookie who finished second behind the Indonesian in the qualifying.

Tagle disposed of Loc Thi Dao of Vietnam, 6-2, in the quarterfinals and ousted Thida Nwe of Myanmar, 6-2.

The lone medal improved the Philippines’ tally to one gold, two silvers and two bronzes.

In men’s play, Luis Gabriel Moreno and Florante were eliminated by separate Malaysian opponents in the quarterfinals.

Moreno blanked Natthapoom Phusawat of Thailand, 6-0, in the Round of 16, but fell to Muhammad Akmal Nor Hasrin, 7-3, in the next round.

Matan, on the other hand, eliminated Van Duy Nguyen of Vietnam, 6-4, but was showed the door by Khairul Anuar Mohamad, 6-2.

Boxing was another bright spot on opening day.

Middleweight Eumir Felix Marcial capped a perfect 3-0 start with a unanimous decision over Nguyen Manh Cuong of Vietnam.
It was a bad day in wushu.

Indonesian Bobie Valentinus took the silver with 9.65 while Jun Kai Chan of Singapore settled for the bronze with 9.62.
Parantac’s performance earned 9.56 points.

Kimberly Macuha, on the other hand, placed fifth in the women’s optional jianshu won by Vietnam.

Lara Posadas was the best placed Filipino in the women’s section in 12th place, 161 pins behind gold medalist Cherie Tan of Singapore.

It was the same story in the men’s section won by Rafiq Ismail of Malaysia.

The Filipinos ended in fourth place in the five-team field with a 1-3 win-loss record.

Singapore won the gold for the 27th time with Indonesia and Malaysia taking silver and bronze.

And to add to the country’s woes, the rugby teams failed to win a medal after absorbing losses.

The women’s team went down to Thailand and Malaysia. 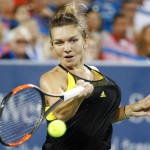 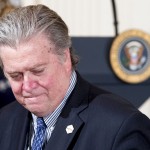