AMID so many changes and so many crucial events taking place in our country today, it is good to be reminded of significant parts of our national life and culture that help to bind our people closer together. These include the national holidays that we celebrate, each in its own time during the year. They were listed in Presidential Proclamation 269 signed by President Duterte last July 17.

Some of the holidays we share with most of the rest of the world, like New Year’s Day on January 1 and the non-working day before it, New Year’s Eve, December 31. As the planet revolves to the east, the world’s nations, one by one, welcome the New Year, a new beginning, with all its hopes and expectations.

The week before New Year’s Day is Christmas Day, December 25, the most beloved of holidays for Christians who make up the great majority of the people of this country, reflecting our Spanish and American heritage. Catholic churches are filled for the Midnight Mass on Christmas Eve, December 24, another non-working day in the official calendar.

There are several other Christian holidays and non-working holidays in the calendar – All Saints’ Day on November 1, Maundy Thursday on March 29, Good Friday on March 30, Black Saturday on March 31, all on Holy Week when much of the nation’s life seems to come to a standstill and Metro Manila’s streets are deserted, as people join the annual exodus to their home provinces.

The holidays celebrating our nationhood are led by Independence Day on June 12, preceded by Araw ng Kagitingan on April 9, and followed by National Heroes Day on August 27, Bonifacio Day on November 30, and Rizal Day on December 30, More recent additions to these celebrations are the anniversary of the EDSA People Power Revolution on February 25 and Ninoy Aquino Day on August 21.

The Muslims of Mindanao are an important part of Philippine history and culture and so special presidential proclamations will be issued for the Muslim holidays of Eid al Adha and Eid’l Fitr, the days to depend upon the sighting of the new moon by religious authorities.

Finally the Philippine holidays for 2018 include Chinese New Year on February 16 in recognition of the many important Chinese Filipinos among our people as well as our close relations with China in the new Duterte administration.

It is said that the presidential proclamation listing official holidays for 2018 was issued early this year so those going on extended holiday trips can plan early. Its importance, of course, lies deeper than this. It is a listing of the events and celebrations that are most important to us as a nation, some of which we share with the rest of the world, and some that distinguish us, the Filipino nation, from all others. 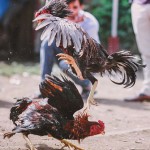