WASHINGTON (Reuters) – Republicans in the US Congress were in chaos over healthcare legislation after a second attempt to pass a bill in the Senate collapsed late on Monday, with President Donald Trump calling for an outright repeal of Obamacare and others seeking a change in direction toward bipartisanship.

“Regretfully, it is now apparent that the effort to repeal and immediately replace the failure of Obamacare will not be successful,” Senate Majority Leader Mitch McConnell said in a statement.

Two of McConnell’s Senate conservatives announced just hours earlier that they would not support the Republican leader’s latest version of legislation to repeal portions of President Barack Obama’s landmark 2010 healthcare law and replace them with new, less costly healthcare provisions.

With Republican Senators Mike Lee and Jerry Moran joining Senators Susan Collins and Rand Paul in opposition – and amid a solid wall of opposition from Democrats – McConnell no longer had enough votes to pass a Republican healthcare bill in the 100-member Senate.

It was the latest in a series of healthcare setbacks for Republicans, despite their control of both chambers of Congress and the White House.

It also came after seven straight years of promising voters that they would repeal Obamacare if they were to control Congress and the White House, only to find that the public liked Obamacare more than their proposed substitutes, according to public opinion polls.

The non-partisan Congressional Budget Office has determined that the various versions of Republican healthcare legislation would result in anywhere from 18 million to 23 million people losing their health insurance.

However, Republicans argue that Obamacare is a government over-reach and costs too much money.

Major Blow
Monday’s developments had an immediate impact on financial markets as Asian shares stepped back from more than two-year highs on Tuesday and the dollar extended losses.

In the United States, the latest setback delivered a major political blow to Trump, who has failed to win any major legislative initiative in the first six months of his presidency.

In response, Trump said on Twitter Congress should immediately repeal Obamacare and “start from a clean slate” on a new healthcare plan. He said Democrats would join such an effort, even though they have refused to have any part of an Obamacare repeal. 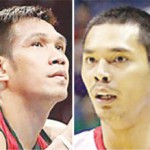