A Scout Ranger legendary sniper, known only as Master Janggo, has taken down six enemy snipers in the raging Battle of Marawi, allowing troops to reclaim important vantage positions in their campaign to flush out the militants.

In his latest exploit narrated in the Facebook account of book author and retired Scout Ranger Col. Dennis Eclarin, Master Janggo killed the Islamic State (IS) sniper from 70 meters after his spotter finally located him at the Dansalan College.

Master Janggo sent one bullet through a small hole and smashed into the head of the enemy sniper.

The kill was later confirmed by Scout Rangers who cleared the building.

It took Master Janggo and his spotter three days to locate the elusive target.

The spotter saw the sniper peep through the small hole and Master Janggo wasted no time pulling the trigger.

Aside from taking down snipers, Master Janggo has eliminated ISIS militants from as far as 600 meters.

The two posts have been shared 1,500 times and elicited almost 900 comments.

The Scout Ranger Books account has been a favorite source of information for followers of Army’s elite unit.

Eclarin is author of at least five books and is currently the president of the Scout Ranger Alumni Association.

Through the Facebook account, financial support is accepted for the families of slain Scout Rangers and wounded personnel.

Authorities revealed that since the siege started last May 23, 492 have been confirmed dead, 366 of which came on the side of the terrorists while 87 casualties were from the government side.

Meanwhile 39 of those killed were civilians, with about 300 more still trapped inside the city while 300,000 residents were able to escape the war-torn area. 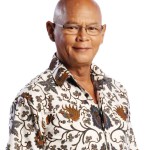