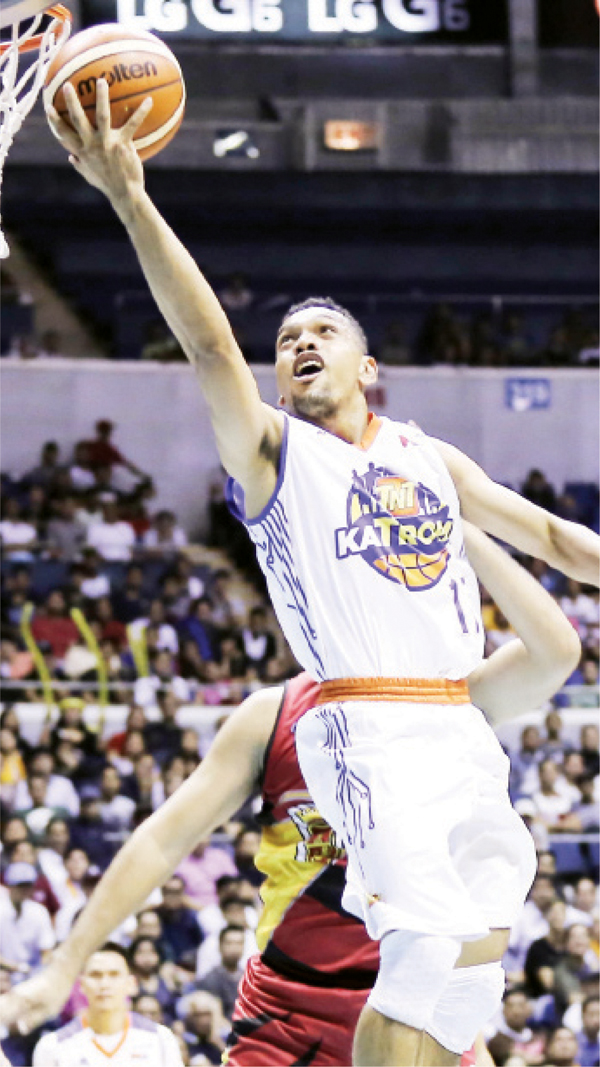 The question of which players step up in one of the most important games of the PBA Commissioner’s Cup Finals will be known tonight as TNT KaTropa and the San Miguel Beermen go for a 3-2 lead in Game 5 of their best-of-7 series at the Smart Araneta Coliseum.

TNT leveled the series two nights ago with a 102-97 victory, thanks largely to the timely heroics of Jayson Castro and import Joshua Smith. But there were others who did their parts in foiling San Miguel’s bid for a commanding 3-1 lead.

Ranidel de Ocampo and Troy Rosario, quiet for most of the series, scored 13 points apiece while combining for eight rebounds even as rookie Roger Pogoy broke out his two straight scoreless games with 14 points to set the stage for a thrilling duel near the homestretch of the title showdown.

The scattered contributions of the KaTropa were something that the Beermen lacked, namely Best Player of the Conference Chris Ross, import Charles Rhodes and prized center June Mar Fajardo.

The 7 p.m. tussle will be perhaps about which of these protagonists can make most out of their talent-rich rosters.

“Against a team like San Miguel who’s a very, very strong team, you need everybody to contribute. We can’t really win it with one,” said TNT coach Nash Racela. “I don’t really require them to play an excellent ballgame, but at least let’s be decent tapos contribute lang tayo.”

“(In Game 4), there was a turnaround. I think Jayson was more aggressive, was looking for his shots, Roger finally hit his three-pointers. But again, it was a collective thing, everybody really pitching in,” added Racela.

Asked what to expect in the pivotal game, Racela said: “It will be a war. I expect them not to back down, so we’ll just keep quiet and find ways to win – just like how we did it (in Game 4).”

Beermen counterpart Leo Austria said their play Wednesday left plenty to be desired, stressing the lack of intensity that was evident in winning Games 2 and 3.

“If you will win the fourth game, so 3-1, I think that’s a big advantage. So confidence-wise, siguro masisira sila.

But now it’s a virtual best-of-3, so this is a new ballgame, a new series,” he added.