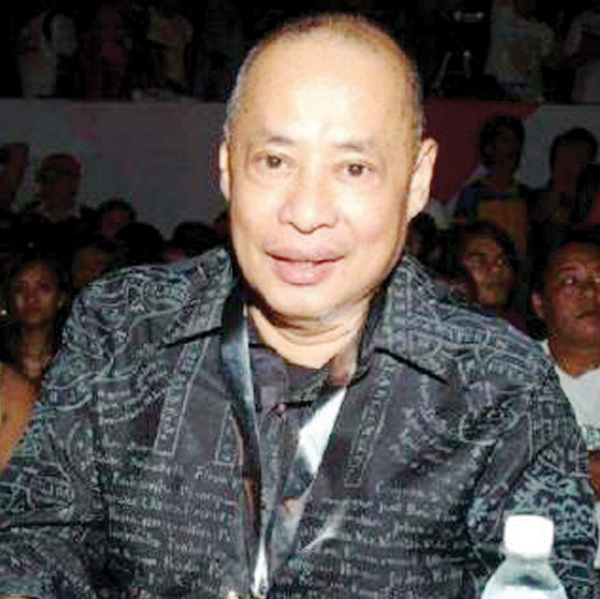 ALL GONE – A showbiz insider described the directors of the ‘70s as Vanishing Breed. Gone are Lino Brocka, Ishmael Bernal, Joey Gosiengfiao, Mario O’ Hara, Danny Zialcita, Celso Ad Castillo, and Marilou Diaz Abaya. And the latest to go, Gil Portes. Yes, all gone to a stress-free world, where there are no playdates and deadlines to meet.

Who’s next to be so honored? Marilou comes to mind on the strength of films like “Jose Rizal,” “Milagros,” “Brutal,” “Karnal,” “Moral,” “Muro Ami,” “Bagong Buwan,” “Sa Pusod ng Dagat.” She put up a film school in Antipolo. But whatever happened to it?

There are those rooting for Mario and Celso, whose track records are also impressive.

TRULY INDEPENDENT – Gil Portes also comes to mind as one of the early truly independent filmmakers. Then the word indie wasn’t in vogue yet. Some of Gil’s finest films were, yes, indies.

Of course, Gil also went mainstream in a few films, but his producers allowed him to call the shots.

LAHAT NAMAN – A few months back, I asked Gil if he was entertaining the thought of becoming a National Artist. He laughed, “Lahat naman kami nag -iilusyon. Libre naman ang mangarap.”

Seriously now, Gil was very happy for the international triumphs of Brillante Mendoza and Lav Diaz, who was his assistant director.

He also felt that his best friend, Joel Lamangan, was a future National Artist.